Time-Honored Traditions: Why Do Teams Get Championship Rings? 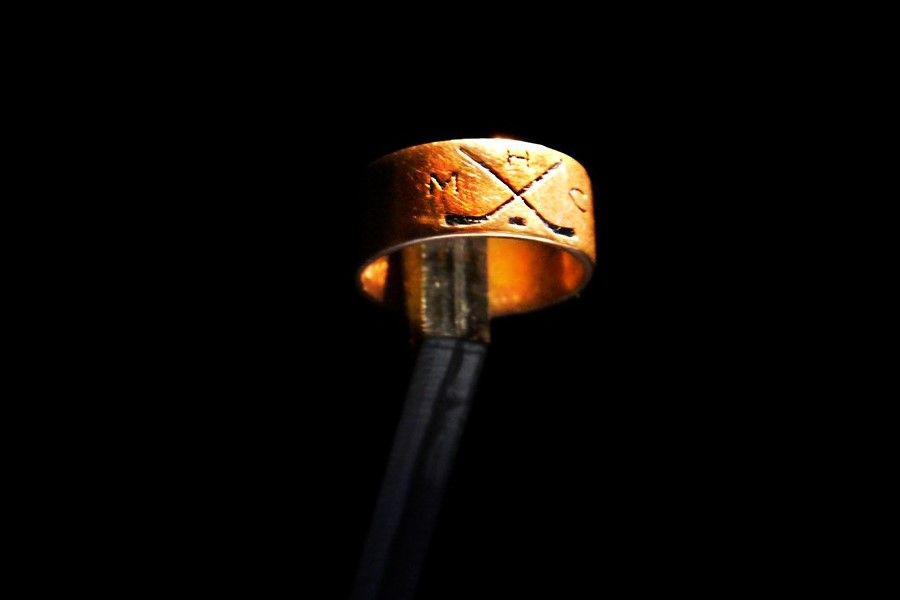 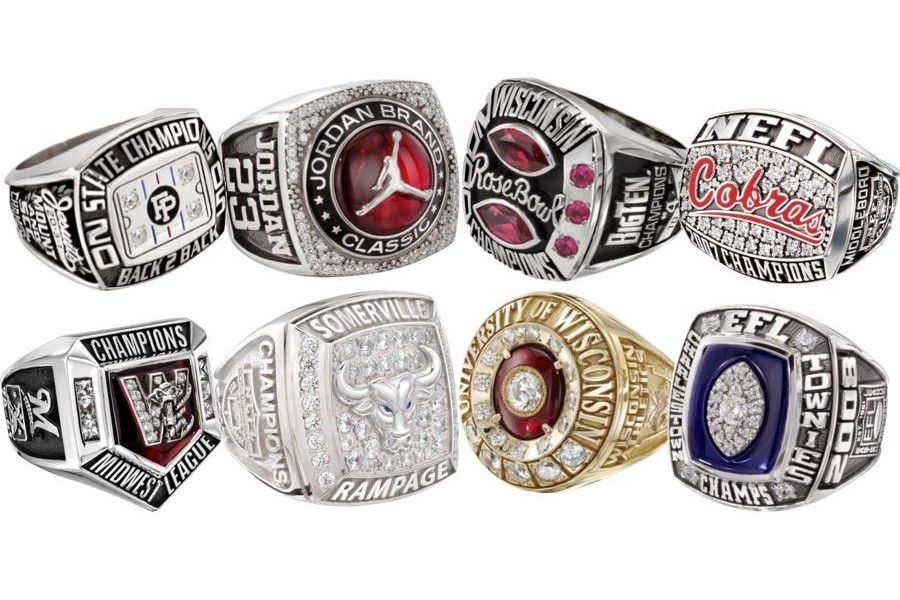 Championship rings have become synonymous with athletic achievement, but where did the tradition come from? Why rings and not another award item? In the spirit of the upcoming Super Bowl, we’re looking at the history of athletic championship rings.

The first championship rings in North America were ordered by the Montreal Hockey Club for their players who won the 1893 Stanley Cup Championship - that’s 24 years before the NHL even existed! Unlike contemporary designs, these rings resembled a simple wedding band. Its only adornments were two hockey sticks crossed over each other with a hockey puck in the middle and the letters MHC for Montreal Hockey Club. Engraved inside the 15k gold ring were the players’ names, the word “Champions,” the date, and the local jeweler’s hallmark. Despite the simplistic style, these rings auction for over $55,000! If you don’t have that kind of spending money, you can always see one of these original Stanley Cup rings at the Hockey Hall of Fame in Toronto.

Champion rings didn’t catch on right away and took some time to expand into other sports. The first World Series ring was awarded in 1922 to the New York Giants for their victory over the Yankees. This ring was far more ornate than the Stanley Cup ring 29 years prior and featured a sparkling diamond in the center. The next year, the Yankees retook the title and opted for pocket watches as their commemorative prize instead. However, after the Yankees’ 1927 win, they returned to championship rings as their World Series prize. Other keepsakes requested during the early 20th century included cufflinks, tie bars, pins, pocket watch fobs, and even shotguns! Still, rings seemed to have that sticking power. Since 1932, every World Series-winning team has given rings to its players. Today, we see rings as the standard award for many of our favorite sports, from hockey to car racing.

What Do They Mean?

The late Kobe Bryant summed it up when he said “What does perfection look like to me? Championship rings.” They are synonymous with the pinnacle of athletic success. Even if athletes are traded to other teams, their rings stay with them. It has become a far more accurate measure of an athlete’s status than simply their team’s titles. Championship rings function has a mini trophy which each player and team staff member can take home. Each new ring design tries to out-do the previous year’s, creating excitement over its unveiling. Our North American tradition of award rings, rather than medals, also allows the players to wear their award in a much more comfortable way.

Above all this is the feeling the rings impart on the winning team. Seldomly in life do we receive concrete acknowledgement that our efforts, toils, pain, and sacrifices were worth it. Oftentimes our dreams cannot be succinctly encapsulated in a single item. We humans have the uncanny ability of imparting sentimental meaning into inanimate objects, but there’s a special quality in a valuable object that everyone in the world acknowledges is the symbol of a champion. Even better, this ring is shared amongst the entire team, strengthening the bond the players and staff share, and becoming a triumphant new part of their uniform.

Whether the Bengals or the Rams win this weekend, we’ll all surely be treated to a spectacular ring design. The tradition of awarding championship rings is clearly going strong. Here at Dion, we often receive design requests for sales award rings inspired by championship rings. Even in the corporate world, people want to feel like a champion in their own field. We’re excited to see what other industries adopt championship ring awards in the future!

Aubrey Dion is proud to be back working for the family business she grew up in. Over the years, she has performed a wide variety of jobs in both the office and factory, becoming a true "jack of all trades." Aubrey credits her quick learning ability to her strong theatre background, where memorization and attention to detail are vital. Working in the marketing department allows her to stay creative and work on exciting new projects for the company.

Fantasy Champs - The History of the Ring