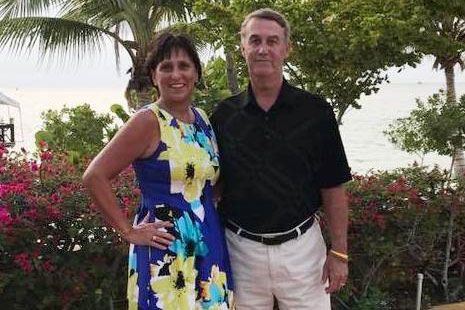 As we continue our blog posts introducing you to our Account Managers, we recently sat down with Dana Higginbotham, currently Dion’s longest tenured Account Manager.

Dana has a lifetime of experience in the custom awards business, starting out at Leavens Award Company when he was just 16 years old.  At the time, Dana’s father was the Foreman of the Press Dept. Dana’s dad called him into Leavens on his 16th birthday, saying “I have a present for you.”  His dad showed him the kick press, and said “Now get to work!”  From then on Dana worked after school and over the summers until his graduation, where he then became a full-time employee.  After a few years at Leavens, Dana learned how to price out and quote jobs and ultimately became an Account Manager there.  Eventually Leavens became a division of Oneida Silver Company.

After 20 years at Leavens, one of Dana’s customers, Dick Dyer of Redco, introduced Dana to Ted Dion, President of E.A. Dion.  After just one interview, Dana accepted a job offer from Dion the next day!  Dana has now been at Dion almost 29 years and has taken on a number of responsibilities in addition to his role as Account Manager.  He shares the Account Manager title with his other title Vice President Scheduling & Engineering.  In addition to managing particular accounts, he also acts as the liaison between Account Management and Production.  He schedules all jobs that go through the factory and prioritizes new product engineering.

2017 brought some new accolades to Dana.  He finally garnered the much sought after Dion Sales Award Ring for annual account sales of over $2.5 million.  This honor is especially significant to him because he handles so many other responsibilities here at Dion beyond strictly managing accounts.

Dana is the consummate family man.  He has been happily married to his wife Alice for over 36 years and has three grown children, as well as two grandchildren and one more on the way!  He is also a weekend golfer and big fan of Foxwoods Casino.  To hear Dana tell it, he has never gone there and lost money.  All I can say is that you NEVER want to make a “coffee bet” with Dana.  That is a bet he will DEFINITELY never lose!!!

So what has kept Dana at Dion all these years?  Dana says that he loves the variety of his job and that it changes constantly.  He enjoys working with his distributor customers and seeing the product go from idea to engineering to finished product.  If you have the chance, say hi to Dana and see what he can do for your project!