What Keeps Me Coming Back 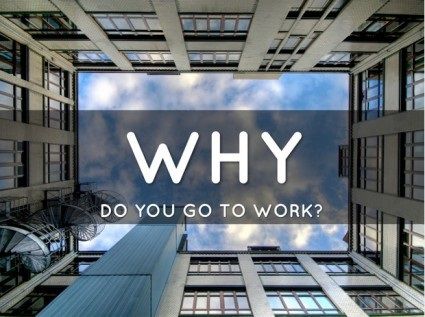 Employee engagement and workplace happiness is all the rage these days.  As recruiting and retaining good people becomes harder and more competitive, companies are looking more and more at their internal practices and company culture to see how to improve.  I have seen stories about companies that hired 5-star chefs in their cafeterias and turned the conference room into a game room. So I considered my own job and thought about what makes we want to come to work everyday, and what makes me feel good once I get here.

Certainly one reason that I show up on a regular basis is that I need the money.  As much as I may like my boss and co-workers – let’s face it, if I won the lottery I would not be one of those rare folks who says that they love their job so much they will be back to work on Monday.

However, beyond the basics of covering my food, shelter and entertainment fund needs, I don’t think anyone wants to drag themselves into a job every week, year after year, just for the paycheck.  What is it that makes me WANT to show up?

Throughout my career, I have held a few different positions with a few different companies.  The ones I have been with the longest, and enjoyed the most, had a few things in common.  What are they you ask, well here goes…..

Autonomy – As a newbie I obviously wasn’t given the “keys to the front door.”  However, once I got the hang of the day-to-day of my job and gained some trust that I wouldn’t screw things up (at least not too badly), I was given more and more autonomy. I had more say in how I went about my day, what projects to work on first, and later even what projects we should pursue.  Having say over my daily activities gives me a sense of control and a sense of pride in myself.  The bosses that micromanaged and consistently second-guessed my work have, to this day, left a bad taste in my mouth.

Having a Voice/Feeling I Am Contributing – I am generally a pretty approachable person and like to believe I am a team player, so as I have matured in my roles I have often been invited to contribute elsewhere.  However, this is where the companies I have worked for varied widely!  Some companies embraced new opinions and welcomed volunteers willing to help on company projects, events, etc. even if it was not in their job description.  But some companies had such strict hierarchical rules and policies that anything outside of this was considered “against protocol.”  It was at the companies where I could be “part of the process” and not just “doing what I was hired to do” that made me want to show up.

Feeling Wanted – Ultimately what makes me stick around year after year and really want to show up at work each day is the feeling of being wanted there.  Sure, all humans have an innate desire to feel liked and wanted.  But at our jobs where most of spend the majority of our waking hours, when we feel our contributions are important and that we are valued, our job is no longer just what fills the day, but has a higher purpose (even if that purpose at the moment is to complete a blog post!!) .  This feeling isn’t just for top executive, but happens at all levels.  I know that Dion would not shut down if I didn’t show up at work tomorrow (or the next day) – but a little voice inside me says I can’t miss work – THEY REALLY NEED ME THERE!

Sure I like days when the owners buy us lunch and let us play corn hole in the parking lot all afternoon, but I realize that this practice is probably not financially sustainable if they did it every day.  However, being truly involved in the outcome of my day and knowing that what I do is valued by the company, makes me work harder, longer and with more care - and ends up a win-win for us both.

These are parts of any job/company that I think all workers crave.  If companies focused on ways to improve these aspects of everyone’s jobs then recruiting and retention would take care itself.

Everyone has something they like coming in to work for, what is yours?