Throughout 2020, there have been a number of upper management promotions here at Dion.  As the year closes, we announce some retirements.

E.A. Dion, Inc., President, Edward A. "Ted" Dion, Jr. will be retiring at the end of 2020. As part of this retirement, Ted will be selling his ownership shares in E.A. Dion, Inc. to his brother and long-time business partner, Dennis W. Dion, who is currently Senior Vice President of Operations. Dennis will become sole owner of the company.

Ted's reasons for retiring are family based. Ted explained, "Over the last few years my three daughters have all gotten married and I am now a grandfather times three! My wife and I would like to spend more time with our children and grandchildren, as well as travel. Retirement gives me the opportunity to do these things." Ted will continue in an advisory role for Dion after his official retirement.

Over the coming year, Dennis will be taking on more leadership duties at Dion - transitioning into the President position. Dennis has traditionally been responsible for the operations side of the business, but will be taking on sales and marketing management roles as well. Dennis stated, "Dion is a strong, well-managed custom jewelry designer and manufacturer. I look forward to bringing this company into the next decade and beyond."

After 17 years at Dion, Senior Account Manager Chris Griffith will be retiring at the end of 2020. In addition to his account management duties, Chris has also been our product safety advisor, backup for imports ordering, and has handled many other responsibilities over the years.

Chris is a devoted father to two grown children, as well as a doting grandfather to Mateo - and has another grandchild on the way! Always the adventurer, Chris plans to relocate to New Mexico once he is retired.

Chris' accounts are being transitioned to other Account Managers and those distributors affected will be notified of transition specifics in the next two weeks by mail. In addition, through 2021, Chris will continue as an outside advisor.

Chris will truly be missed by all. His dry humor and love of all things P.F. Changs always keeps us laughing. We wish Chris the very best for the future. 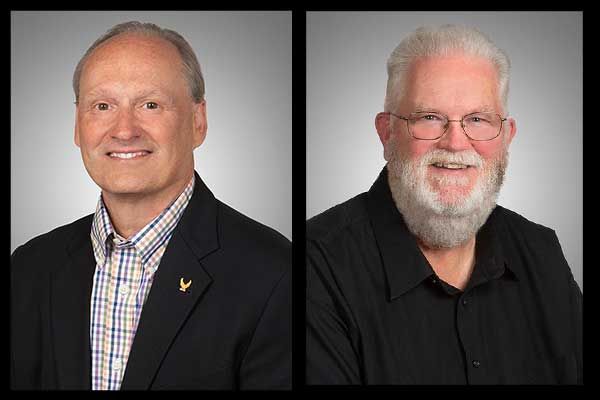